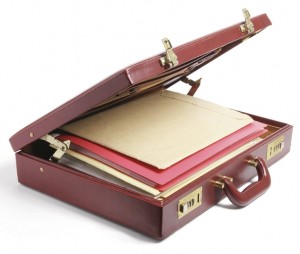 One “cute” but influential text I have kept in my briefcase for a few years was authored by a Professor Harry G. Frankfurt in 2005.  I cannot tell you how many times I have quoted it, and I wish I was clever enough to have written it.

In the various fraud cases I have encountered, it became abundantly clear that people who commit fraud will lie, cheat, steal, obfuscate, story-tell; they will do anything and everything to divert responsibility and accountability.  Actually, it is truly comical to watch their behavior and to hear their “tales.”  Those tales do not end with the fraud being uncovered either.  In my opinion, their stories become far more grossly exaggerated when the perpetrator then has to convince audiences (after jail time, conversion, contriteness, sympathy, empathy, etc.) that they were, in fact, VERY smart and impactful and important people who had “big jobs,” and they convinced and fooled everyone.

They always have more to say…when they’re not under oath.  Oh, and they will also tell you that they really only needed…a “mentor,” who …“woulda/coulda/shoulda” given them “ethical” guidance…and they wouldn’t have done those bad things at all.

As a matter of fact, that’s the name of Harry’s book: ON BULLS**T.

In the book (only 67 pages), one of the things Harry defines is the difference between a liar and a bulls***ter.  Let me quote the professor (the underscores are added for emphasis):

“When an honest man speaks, he says only what he believes to be true; and for the liar, it is correspondingly indispensable that he considers his statements to be false.  For the bullshitter, however, all these bets are off: he is neither on the side of the true nor on the side of the false.  His eye is not on the facts at all, as the eyes of the honest man and of the liar are, except insofar as they may be pertinent to his interest in getting away with what he says.  He does not care whether the things he says describe reality correctly.  He just picks them out, or makes them up, to suit his purposes.”  (page 57)

“Someone who lies and someone who tells the truth are playing on opposite sides, so to speak, in the same game.  Each responds to the facts as he understands them, although the response of the one is guided by the authority of the truth, while the response of the other defies that authority and refuses to meet its demands.  The bullshitter ignores these demands altogether.  He does not reject the authority of the truth as the liar does, and oppose himself to it.  He pays no attention to it at all.  By virtue of this, bullshit is a greater enemy of the truth than lies are.”  (pages 60-61)

Hmmm, reminds me of some fraudsters I know!

Previous Post: « Testifying: Some Advice from my Counsel
Next Post: Ethics are not Needed to Make a Fraud Choice »