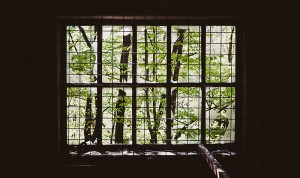 If you have followed politics over the last decade or so, and know the history of 9-11, you therefore know who Rudy Giuliani is. Though I am not particularly fond of politicians in business (maybe the other way around is more acceptable), the former mayor of NYC operated off of a sensible concept no matter where you implement it.

From the official source: “If a window in a building is broken and is left unrepaired, all the rest of the windows will soon be broken,” Professors George L. Kelling and James Q. Wilson wrote in the Atlantic Magazine, in March of 1982.

Former mayor Giuliani applied the concept directly. When asked, here’s what he said: “…Well, I very much subscribe to the “Broken Windows” theory…The idea of it is that you had to pay attention to small things, otherwise they would get out of control and become much worse…So we started paying attention to the things that were being ignored…”

As business people, we gain multiple and early advantages by applying the theory within our business responsibilities. And if we do not, well, that can lead to big trouble. Let me offer up some examples which likely mirror some of your own experiences:

Whether it is life and death situations in the case of Giuliani’s challenges in NYC in dealing with that tragedy, or things far less threatening, you MUST deal with the small stuff, the “broken windows.” If you do not, bad things follow. If you do not deal with the small issues in business, they collectively accumulate to pollute your effectiveness, your department, the company, and the likelihood of success.

So, find the things that others have ignored, and deal with them quickly…and effectively. Your operation will be better off because you dealt with them…when they were small!