“What didn’t I ask that I should have?” 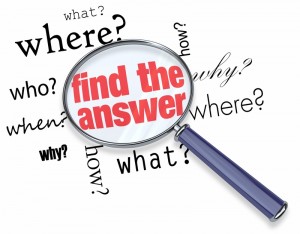 A long time ago, I ran the internal audit department of a major telecommunications company.  Among a host of other things, the group I directed covered the waterfront on: internal control testing across the multi-billion organization—both telecom and non-telecom operations, performed comprehensive information technology and environmental reviews, as well as significant operational/analytical projects.  We dealt with policy-violating behavior, identified inefficient business practices, and even brought forward a number of strategic observations.  However, the majority of the work was core-based; we had responsibility to perform very-focused review work, and we stuck to our knitting.

One particular incident involved a classic example: inappropriate acceleration of revenue recognition.  The president of a subsidiary was in line to become the boss of a combined operation after an impending deal.  He along with his complicit CFO made a conscious decision to recognize revenue well ahead of contract terms.  The Controller of the division then faced a hard, “I can get fired if I do this, and I can get fired if I don’t” choice to make.  After deliberating, he confidentially came to me for “assistance” to uncover the fraud.  We constructed cut-off procedures to test contract and revenue recognition results, and, we “caught” the fraud.  Ultimately, that Controller kept his job, his boss and his bosses’ boss…did not.

After reporting to my direct management, then to the executive suite, I brought the information to the audit committee.  The conversation was civil, but solely because management had terminated the offenders…the right thing to do.

After the full Audit Committee meeting, the chairman dismissed management from the session, and requested the public accounting firm audit partner and me, to remain.  He then ceremoniously removed his coat, walked to one end of the conference room to close the French doors, then solemnly walked to the other end of the room and did the same there.

Sitting down, he rolled up his sleeves…then asked this surprise question:

“What DIDN’T I ask you that I should have?”

I had an answer…not as good of one as when he asked me again at the NEXT audit committee meeting, but acceptable.

Most importantly, his behavior exemplified a management and leadership awareness that I have never forgotten.

Again… “Why Let Facts Get in the Way of a Story?”
Next Post: Leadership Skills (and character) are developed “Bottoms-Up” »