Focus on the Fundamentals 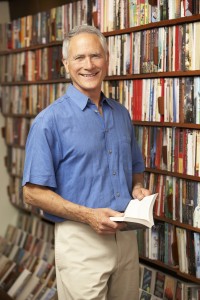 Long ago a good friend, businessman, associate, highly-ethical person in my network clued me into the obvious: most times the secret to performance and success “is just blocking and tackling.”  Now in these days of: consultant-speak, nuanced-solutions, follow-the-herd mentality or at least the latest management theme-song, that revelation typically falls on deaf ears.  Such ho-hum advice is just NOT very exciting.  As a matter of fact, it is just downright boring, but quickly becomes lesson-learned #1 when you become a victim by falling into the realm of what was first ignored.

Dangerous territory to venture into, apparently…

Yet, day after day after day after day, we are reminded by real-life experts, literally across the board, who very simply emphasize facts gained from experience…you must focus on the fundamentals.  Coaches, mentors, trainers, chronically-successful business people, and now even administrators are confirming that uninspiring statement.

To wit: Joel Klein (former chancellor of the New York City public schools, and now EVP of News Corp.—who owns the Wall Street Journal) in an op-ed from April 19, 2013 entitled “What Education Reform Looks Like,” describes the approach taken by Matthew Goldstein, chancellor of the City University of New York:

“His 14-year tenure demonstrates what is possible when schools set a high bar for their students, faculty and leadership, measure progress toward those goals, and hold themselves accountable for meeting them.”

Or another education example that’s in the press a lot lately: school consultants continue to bemoan the efforts that too much time is spent in the classroom “teaching to the test.”  What apparently does not occur to many (most?) is that “the test” is a pretty fundamental threshold of knowledge required to just exist in the world, and many times even those tests get periodically “dumbed-down” to achieve a higher pass-rate, at the cost of educational quality.  Further, my network indicates that state tests given in Texas are done in a couple of hours in the high-achievement schools, yet students in achievement-gap schools are allowed to take all school-day to complete them…and it is a fundamental skills/knowledge test…but still, we shouldn’t be teaching to the test???

Another, more personal example: in one of my own fraud-uncovering experiences, counsel gave me their instructions on how best to deal with testifying in front of a hostile lawyer.  You must own the facts, so the first directive was always, “just tell the truth.”  (I then recalled what my own daughters used to say when I stated the obvious to them: “Well duh, Dad!”)

Yet too many times we get distracted by other non-core, non-mission-critical things, and we get sloppy on the fundamentals.  Then we get bitten, sometimes badly.  So make sure that the requirements are covered, and build on top of them…don’t start another foundation that then crumbles when times get tough.

First things first, and then over and over again!