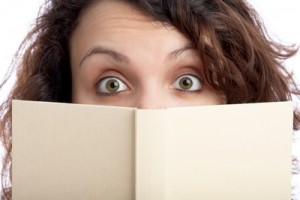 The local newspaper in Atlanta, GA executed one of the early investigative efforts into the historical, highly unlikely and overly-successful test score trends reported by the Atlanta Public Schools (“APS”).  This past week, the long-awaited story finally broke publicizing the criminal indictment of 35 administrators and teachers.  The “perp” walks were anticipated to occur in the AM on April Fools’ Day, most likely a fitting date indeed, for all concerned.

However, while holding fast to the “innocent until proven guilty” tenet of a free and “rule-of-law” society, the multitude of failings across a number of fronts is painful, even without knowing outcomes from to-be-decided settlements, jury trials, admissions, publicity, “told-you-so” pontificating, and etc.  Taxpayers unknowingly funded sham results…including bonuses earned on inflated metrics…misbehaving was rewarded…and the real victims are the children now  possessing substandard educations.  For one, I have DIRECT and incontrovertible PROOF that irrespective of geography, wealth-level, parental involvement (or not), abundant funding (or not)—witness even parochial schools–the overwhelming majority of students will learn from:

GREAT TEACHERS who are trained and content-educated, but who most importantly…care;

From both management and fraud detection experience, “corruption follows money and power;” and not necessarily in that order!  But leadership, oversight, countervailing forces, must be present, operative, and verifiable…in business, and in our educational institutions.  Within all organizations, expectations have to be set and understood; results have to be measured, and operational processes, people, and systems must be up-to-the-task for results to be achieved…and understood along the way.  Information must be “actionable,” especially if it confirms that “things aren’t going well” – and we now know that things weren’t going well with the longstanding record of “great” results in the APS…as much was fabricated, and we’ll likely know over the next year or so just exactly WHY, HOW, WHO…was responsible.

Shortly after the initial investigations, I attended a law firm-sponsored panel discussion featuring one of the local newspaper editorialists, a Georgia state legislative person, and a local university educational expert, led by a clearly blame-minded emcee.  The upshot of the discussion that morning was…the pressure by the business community made the problems happen within the APS.

Interestingly enough, over a year later, I heard APS superintendent Errol Davis speak…his talk particularly resonated with me because he’s gathered more than his share of educational credentials, degrees, and honors…then he was a very successful businessman (CEO of Alliant Energy)…and then he joined the University of Georgia system—in his so-called “retirement” years.  I occasionally use this quote in the 60+ management, fraud prevention and detection presentations I’ve made over the past 5 years:

Errol Davis:  Atlanta Public Schools interim superintendent, 1st week in his new role; when hearing the story over and over, that the reason for the APS test scandal was “there was a lot of pressure to perform, and that’s what caused the cheating,” simply remarked, “You know, I’ve had pressure my whole life (as have most of you here today), and my reaction to such a silly “reason” is…that’s a whole lot of bunk.”

Actually, he used a different word, but you get my drift.  His eyes didn’t fail him, nor did his common sense.