“The Power of One” 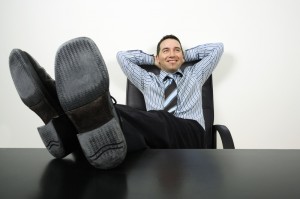 Here’s a wonderful message copied word-for-word from a book by Dr. Rushworth M. Kidder, an ethicist I’ve heard speak three different times in and around Atlanta.  Professor Kidder passed away in 2012.

That last question concerns the individual’s role in the face of evil.  It’s a profoundly moral question.  For many people the answer is “I ought to get involved, lend a hand, help out in some way.”  But there’s a nagging doubt.  Can my involvement really change the world?  Even if I, and all my friends and all their friends, had the courage to band together and help, could we make an impact?  Compared to the six billion people in the world today, we’re but a rounding error.  Can my moral courage really make a difference in the face of so much that violates the ethical canons of humanity?

I’m convinced it can.  Let me share a parable.

Some years ago, I interviewed a number of people in the States and overseas for a newspaper series on global education.  Among the interviewees were several African American men in their thirties.  Each had grown up in a terrible ghetto environment.  And each had “made it” and was successful.

Why, I asked them, had they succeeded?  Why had they not been gunned down at age eighteen in a neighborhood alley as, statistically, they should have been?  Each, using different specifics and a different name, told me essentially the same story: it was old Mrs. Smith in the fourth grade who really turned them around.

“Yes,” each one said, “that’s exactly what I’m telling you.”

In itself, that fact doesn’t surprise us.  We all know, intuitively, the enormous power of a single right example.  The question is, WHY should that be so?  Why is it not equally true that a child raised in caring, attentive surroundings can meet one bad teacher and be plunged into a life of crime and vice?  Somehow that’s far less observable.”

…from this excerpt…A likely lesson for all of us: